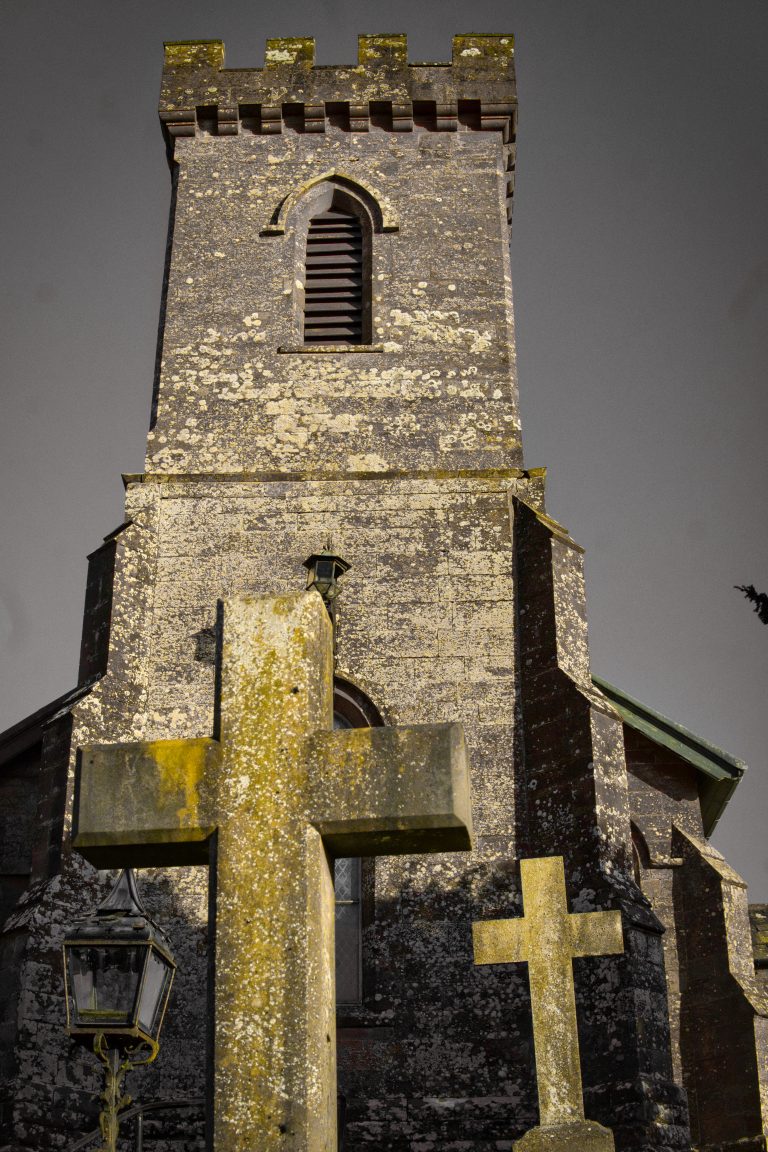 What Are Ghosts? Are They Always Hoaxes?

What are ghosts? Most people think that ghosts are simply spirits of dead people, and that may be partly true. Before I got interested in birds, I thought that all black birds were crows, now I know there are crows and jackdaws and rooks and ravens. Before I learned, I couldn’t distinguish between them. It seems to me the same is true about ‘ghosts’. There are lots of kinds of manifestation and it is perhaps an over simplification to think that they all have the same cause. In fact the only possible explanation that fits them all, is that they are all hoaxes.

If these things aren’t hoaxes then there may be many kinds of spirits.

What Are Ghosts — Emotional Imprints?

One popular theory to explain what are ghosts, particularly apparitions and sounds, was that they were records of emotional happenings. If something particularly harrowing or exciting happened in a place (though strong positive emotions aren’t often in evidence) then somehow it would leave a mark – a residue that sensitive people in later times could experience.

There may well be something in this. People are far more sensitive to atmospheres than they are generally able to explain. They go into a party and feel any tension or excitement before they intellectually realise it.

Hard science tends to discount emotions – see below – so there has been a tendency to look for a physical carrier of emotions. One theory is that crystals in the stone walls (mica, quartz) record the electrical impulses generated by strong emotions.

Crystals are energetic and used in many electronic applications, as we know. It has seemed to me, without carrying out a statistical analysis, that there are more ghost stories in an area whose base geology includes sandstone (lots of crystals) than slate – fewer crystals.

If buildings and places recorded all emotion then the whole world would be awash with impressions radiated out by the walls. So the explanation is that only strong emotions – murder, death, are recorded. So far so good. But what about the Roman legion on parade at Cardiff castle? Surely all the soldiers there would be feeling was boredom?

A slightly more sophisticated ‘quantum’ theory for what ghosts are may suit our quantum age. This one considers the nature of time itself. Many people have experienced timeslips where they apparently walked into a scene from the past and even interacted with people there. The most famous is the 1901Versailles incident, but there are many others.

Albert Einstein demonstrated that time is merely another dimension .So an object exists with a duration or extension in length, breadth, height and time. Our sense organs allow us to experience all of those dimensions through touch and sight, memory and imagination.

Though memory and imagination seem to be fuzzier and vaguer than touch and sight. However all these senses are limited. For example, sitting here in England I am completely unable to sense America. I can’t see it, hear it, touch it, and taste it.

However, I do believe it still exists – it’s just that my sense organs are inadequate to reach it. In the same way, I believe that June 6 1944 existed too. However I have no sense organs available (other than imagination) to perceive it. So, if you’re still with me, it might be that freak conditions allow us to personally perceive the past and even walk next to Mary Antoinette as if we were there. This would explain timeslip phenomena. It has little to do with common understandings of what ghosts are though.

Are Ghosts The Spirits of the Dead?

What are ghosts? The most prevalent idea of what ghosts are is that they are the disembodied souls of people who once lived but are now dead. They may even be the spirits of people we personally knew when they were alive. There is no proof of this – though the idea is common in ‘folk’ Christianity, there is no direct reference to this in the Bible. The idea is much older than Christianity and is found all over the world.

There are two possible explanations for this. The first is that it is true; the second is that we have a deep psychological need to believe that we and our loved ones are not merely extinguished when our body dies. A lot of research has been done on information given by spirits who claim once to have lived.

As far as I am concerned I have not found anything totally convincing. In fact messages that have been received by mediums in my presence have either proved untrue after being researched, or are so vague that they can never be verified. One other point related to this is the fear that the dead induce in us. People who we have loved and who have loved us when alive become objects of fear once they have died. Is this because we think they mean us harm, or maybe because their death reminds us of our own?

So, I have an open mind about whether ghosts are spirits of dead people, but personally when I die, I’d rather cease to exist or go onto do something useful somewhere else. The idea of hanging around forever in a dim netherworld waiting to scare people is pretty close to my idea of hell.

All across Europe there has been a belief in a race of smaller people. They have supernatural and magical abilities but aren’t ghosts. Norse legend is peopled with the dwarves who are a very practical race. Not spiritual in the slightest. The Irish have the Good People and the Welsh have the Fair Family. The German Kobolds were mean and nasty tricksters. In fact the whole fairy race isn’t to be trusted and they’re only called ‘good’ and ‘fair’ not to upset them and incur their wrath.

Up until the 19th Century, country people near where I live in rural England would normally believe in fairies and occasionally see them. In the Middle Ages, being frightened to death by fairies was an officially accepted cause of death. So where have they gone? They may still be here. Some of the manifestations in pubs particularly are of nudges at kidney level, shoves and trips.

They also switch beer pumps off and are occasionally seen as little men. The Scots Brownies were associated with houses. They would do work if rewarded with food but make mischief if disrespected. The Romans had their household spirits who were pretty much the same as the Brownies. Maybe some of the remaining ones have gone to work in pubs? Some of these appear as animal spirits – usually black or white, often huge, sometimes shape-shifting. Hens, sows, dogs and bulls are all popular.

Sometimes they appear as elementals – columns of fire, balls of sparks, heaps of dirt. Someone who knows about these things recently told me that the fairies were sick of Europe and were all travelling to America!

What Are Ghosts — Emotional Parasites?

When thinking about what ghosts are, I must admit that I have been in haunted properties and felt a rush of fear for no apparent reason. I’ve been alert but nothing in particular has startled me to explain the goosebumps. Sometimes I just get goosebumps. One interesting thing about this kind of fear is that it is locational;  that is to say I can probably point to where it’s coming from. Psychics have confirmed that there are spirits there on many occasions.

I’m not convinced that all psychics see the same things, but most of them will describe a class of spirits as ‘fuzzy’, ‘black’, ‘blobby’, ‘freaks’, ‘gremlins’. Most will also say that these aren’t spirits of dead people.

In fact they appear to be some kind of energy ‘lifeform’. Some mediums explain them as hang-overs from negative emotions that have happened in that particular place. However, I have my own theory that they are emotional parasites.

I was once told by an old and experienced psychic that there is a class of beings that can even enter into some people – usually alcoholics and drug addicts – whose resistance is low. They then feed off their emotions. Emotions make the world go round – love, and hate, jealousy, compassion.

Most people operate most of the time on an emotional rather than an intellectual level and we invest a lot of energy in our emotions. This energy is as real as any other kind, but because science hasn’t found a way of directly measuring emotional energy(rather than proxies such as brain wave activity, galvanic resistance, etc) it tends to discount this.

Plants take energy from the sun; we take energy stored in the flesh of plants and other animals which we then convert into heat, chemical energy and electricity. At every level, a predator has evolved which exploits the energy of other creatures.

It is my theory that these ‘gremlins’ are emotional parasites who provoke fear and then feed off the energy given off by frightened people. They seem to like dark and lonely habitats – just the sort of places that naturally frighten their human hosts.

Carl Gustav Jung, the Swiss Psychologist, has a large following among ‘New Age’ thinkers. His work is monumental but two relevant theories are that of the collective unconscious – which means either that we inherit a lot of concepts and mind patterns in our genes even though we aren’t aware of them and they underpin the way we think. This might explain what we’re frightened of particularly in the context of ghosts. We inherit a mental as well as a physical anatomy. Another version of this is that when we are asleep – and even when we are awake – our deep unconscious is in communion with the unconscious of everyone who lives or has lived.

The second relevant theory is that of archetypes. Jung believed that all of us have similar conceptual structures. One of these is the mother – all humans have physical mothers, most know a real mother figure, so the mind is predisposed to think of the Mother and give her qualities. He called this gallery of characters that live inside our minds, archetypes.

Another prominent archetype is the Shadow. This is the personal evil side of ourselves we don’t want to face. It also carries all the evil that humanity in general is capable of – and that’s a lot. Because it is so horrible, we tend to project it out onto other people and see in them the foul qualities of our shadow. Some ghosts are clearly shadow figures. Demons and devils (who may or may not be real themselves) are usually projections of the Shadow.

One of the most famous apparitions was Spring Heeled Jack a monstrous leaping demon with slick black hair who was seen many times in 19th Century England and since. Jack the Ripper –probably because he was never identified with one real individual has become a Shadow figure. He isn’t a ghost, yet ghost walk companies in London also run Jack the Ripper walks. This is a clue to the fact that Jack has become an apparition of a recognised class. Consider Freddy from Elm Street.

How many people are really terrified of Freddy though he doesn’t exist! Freddy has power, just as Jack does, because he connects into the fear we have of our own Shadows.

The answer to that of course is without question: maybe.

1 thought on “What Are Ghosts?”