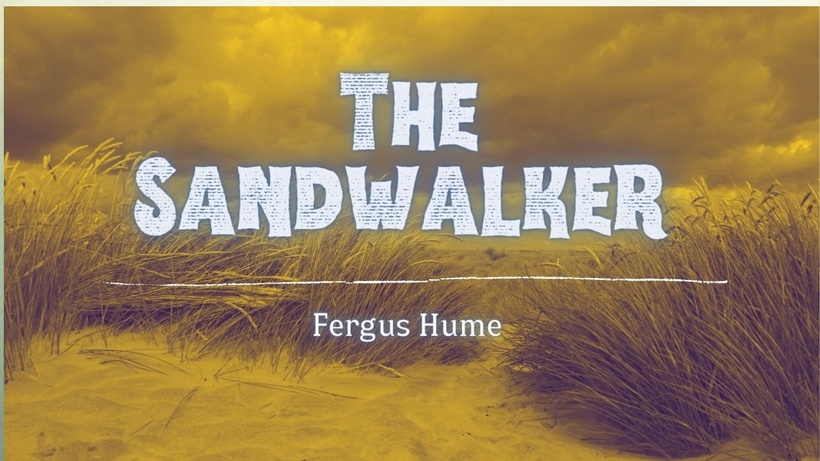 Instead of posting separate audio for this standard podcast episode, I have posted the link to Youtube. It’s easier for me and I hope you don’t mind. Of course, the exclusive stuff is for you and will be posted (like Dracula) here.

Linkto the ebook on Project Gutenberg

Fergus Hume was born in Powick, Worcestershire in England in 1865. He died in Essex in 1932.  His given first name was Ferguson, which was his mother Mary’s maiden name.

His Glaswegian father Dr John Hume , was the doctor at the County Pauper and Lunatic Asylum there. Hume was only three when his father emigrated to Dunedin on the South Island of New Zealand, where he set up a lunatic asylum, Ashburn Hall.

Hume went to Otago boy’s school and then studied law at the University of Otago in Dunedin. (Otago is the name of the region). He became a barrister in 1885 but then moved to Melbourne in Australia where he became a barrister’s clerk.

All the while , he had literary ambitions, primarily as a playwright, but was repeatedly rejected. The first time he came to public notice was when a play he had written was put on by someone else under their name.

He turned then to writing mystery novels, and his first and most famous novel was The Mystery of a Hansom Cab which was set in Melbourne, in the poor areas that Hume himself lived in around Little Bourke Street. Because he couldn’t get a publisher to look at it, he printed five thousand copies at his own expense. This first edition sold out in three weeks.

Even though the book was very popular he made no money from it because he sold the rights before it became the best -selling mystery novel of the Victorian era. It was this novel that inspired Arthur Conan Doyle to create Sherlock Holmes. However, Doyle was not complimentary about The Mystery of A Hansom Cab.

Hume went back to England in 1888. He lived in Thundersley in Essex and wrote over a hundred and fifty novels.

Hume never married and avoided publicity. He was said to be very religious. Despite his prolific output, he lived very modestly.

The Sandwalker is the last story in Hume’s collection The Dancer in Red. It’s a bit of a yarn. In theme it is a fairly straightforward revenge ghost story. Those who do wrong are punished by the dead.

There is a nice twist at the end which delivers a satisfying ending. Young Lottie was not disgraced by Amber and therefore it was in no sense just that Mrs Jarzil killed him in revenge. The twist is that she is a very religious woman with the emphasis on Old Testament style justice where sinners are punished and cast into the pit and it is always an eye for an eye and a tooth for a tooth. Despite her protestations, she does not leave vengeance to the Lord but takes it into her own hands.

I am guessing it is set in either Norfolk or Lincolnshire though I used the narrator’s job working for a Yorkshire woollen firm to allow me to be slightly more northern in accent than Norfolk certainly.

It was nice that the hero was a plain man working for a living: a commercial traveller or ‘bagman’. We had a bagman appear in one of M R James’s stories that we read recently.

So his preoccupations are pleasantly down to earth. He does not have weekends in the country or houses in London, he has to work for a living.

The characters are caricatures. The writing is clearly accomplished. It is easy to read and unambiguous with clever rhetorical use of repetition (anaphora and epistrophe) so Hume was clearly a smart man.

I presume then that the one-eyed wicked schoolmaster Abrams and the Lurch-like Mrs Jarzil are drawn so boldly on purpose. They are almost comic, but we must remember that this is exactly what Dickens did too so there was public taste for it.

All in all a fun yarn. I hadn’t read any of Humes’ work before. He reminded me a little of R H Malden, though Malden was more subtle and less Dickensian.

East Anglia is a focal point for haunted stories of mist and marshland and the classic ghost story writers keep returning to it.

As I listen to Lottie talking to her mother about her ‘disgrace’ the story almost has the ring of D H Lawrence. Lawrence’s first novel The White Peacock was published in 1910, and this collection The Dancer in Red in 1906. It is likely both draw on the zeitgeist.

This whole idea of a woman having to defend her honour and not allowing herself to be beguiled by a silver-tongued suitor seems very curious now. Funny how all the responsibility is hers.

Lottie tells her mother she would have more taste than to go off with Amber.

Also, if we recall Abram’s description at the outset of Lottie as ‘The Venus of the Fens’ that surely is foreshadowing and our clue of the twist that is ultimately delivered so we go “aha!” Rather than “uh?”

If You Appreciate The Work I’ve Put In Here

Become A Patreon For Bonus Stories

Or buy me a coffee , if you’d like to keep me working.

Music by The Heartwood Institute